Jersey's boys U14s travelled to Epsom on 1st December to play against Epsom and Old Cranleighans.  Totally in the dark about what they were to face the boys equipped themselves brilliantly.  Their first game was a 1-1 draw against Epsom with the goal coming from Jersey's captain, Will Hodgson.  Jersey had the lionshare of possession but just could not get the ball in the back of the net.  The second game was a similar story as the boys failed to convert their multitude of chances and going down 0-1 to an Old Cranleighans counter attack.

Coach Sarah Heelis commented "the boys did us and themselves proud today and now have a much better understanding of the competition they are in.  Whilst the results did not go away we are hugely encouraged by the way the boys performed, their work rate was fantastic".  We have a lot of talent in this group which is exciting for the future of hockey in Jersey.  All in all a very positive day!"

In the first InterInsular match to be played at the new ‘Home for Jersey Hockey’ next to the new Clubhouse at Les Quennevais, Jersey’s U16s Boys hosted their Guernsey counterparts in a contest with dual spoils for the winners.  Both squads are in the same English Hockey Championships U16s Tier 2 Division but this encounter was also for the InterInsular Trophy, which Jersey were aiming to defend.

In a pulsating match in front of a large and supportive crowd Jersey eventually ran out 3-1 winners but the match was much closer than the scoreline indicated.  The reds of Jersey started very fast and after two minutes were in front. Following some sustained pressure, the ball fell nicely to striker Archie Corbett, who buried his first-time slap into the bottom corner, giving the Guernsey keeper no chance.

Jersey continued to press and had lots of possession, with midfielders Jake Thomas, Rusden Merritt and captain Ned Crosby bossing the play by starting off attacking moves and breaking down any Guernsey threats, especially by their influential captain.  On one occasion, Jersey keeper Josh Le Maistre was called on to make a smart save but generally his defensive line of Oli Flemmer and Tom Healy were keeping any rare Guernsey attacks at bay.

Half way through the first half amidst wave after wave of Jersey attack, the Caesareans won their first penalty corner.  Talented Blake MacRae arrowed his unstoppable low drag flick to the keeper’s left and Jersey were two goals ahead.

In a match like this, the opposition were never going to lie down and the Guernsey boys started to settle and cause the Jersey defence some problems, but most of their possession and territory did not lead to any clear-cut chances.

Having weathered the storm successfully the Jersey players started to play more cohesively again and were spreading the ball intelligently and wide to wing-backs Robbie Mossop, Freddie Pollard and Harvey Pallent, who were finding the time and space to launch attacks.  Just before half time, Jersey won another penalty corner and after some silky skill from MacRae, his low reverse stick shot was stopped by a Guernsey foot on the line and a penalty flick was awarded.  MacRae himself took on the responsibility and his well-executed flick was unsavable and Jersey went into the half-time break three nil ahead.

Both sets of coaches made half time adjustments, with Jersey bringing on Ben an Eijden to give both of their talented keepers a half each.  The Sarnians pushed forward with a more attacking line-up, causing the Jersey back line to tackle and shadow.  On the occasions that Jersey broke, the forward line of Ethan Toudic, Charlie Reid, Dylan Dunphy and Corbett who had been terrorising the Guernsey defence in the first half, continued to attack at pace with excellent close control.

As happens in these types of games, some of the tackling became too passionate at times for the umpires and some green and yellow cards were issued to both teams.  At this point, the Guernsey boys were enjoying the better possession and chances but Jersey were defending well.  Eventually, following a penalty corner, a shot hit a Jersey defender on the goal line and Guernsey were awarded a penalty stroke.  Their captain stepped up gave van Eijden no chance.

Two goals ahead with 15 minutes to go, Guernsey pushed hard to close the gap but van Eijden, the defence and the midfield stood firm and Jersey had retained the Trophy and won three invaluable Division points after a very close and well-fought match.

The Jersey squad now starts to prepare for the two final Division matches in Horsham in February to try and qualify for the Area Championships.

“That was a very hard-fought victory against a very useful Guernsey side but we took our chances better and the boys should be proud.  With three wins from three, that sets us up nicely to qualify for the Area Championships, but we are not mathematically there yet, so we need to continue to work hard in preparation for those two final games in February to ensure that we don’t slip up.”

“The boys played a really good game yesterday.  They started well and quickly and really blew the Guernsey team away in the first period. It would have been nice to have continued that in the second half but as always in sport there was a reaction from the opposition but we rode it out well and thoroughly deserved the win.” 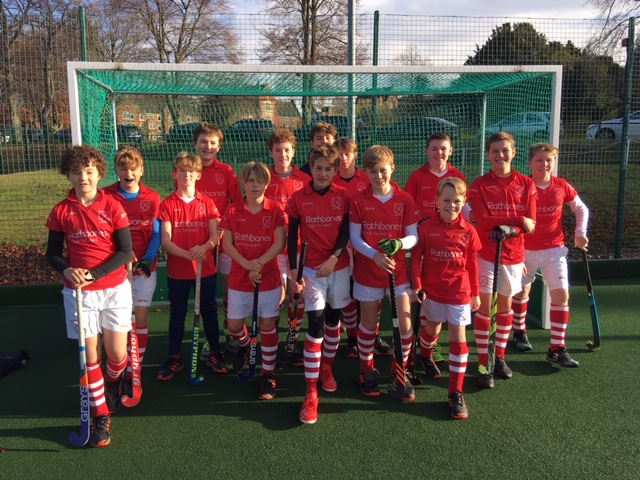 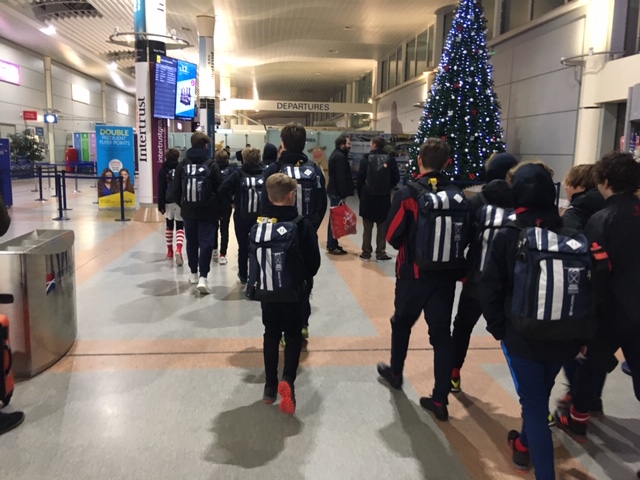 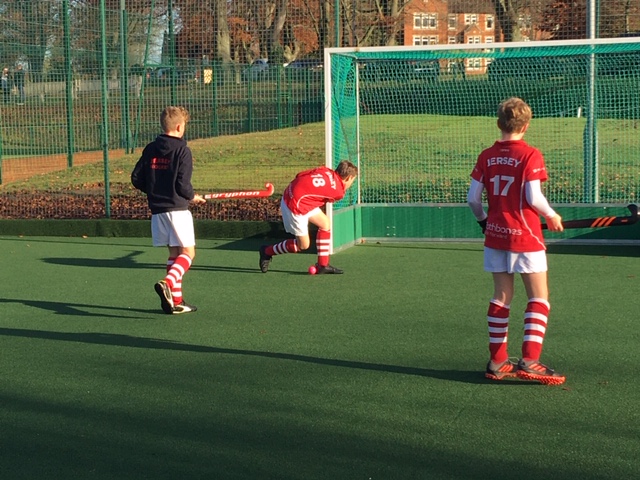 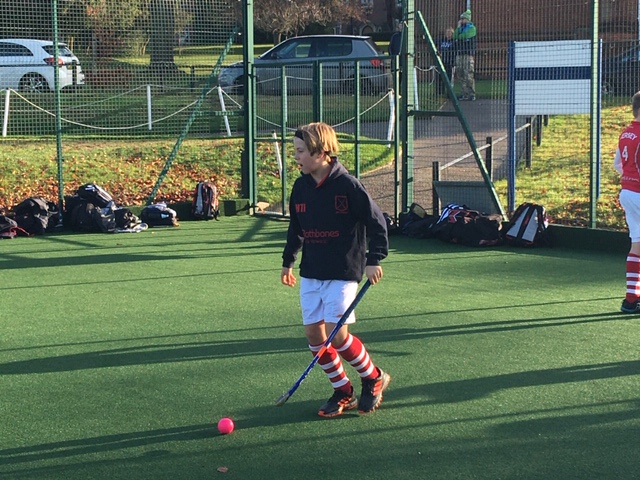 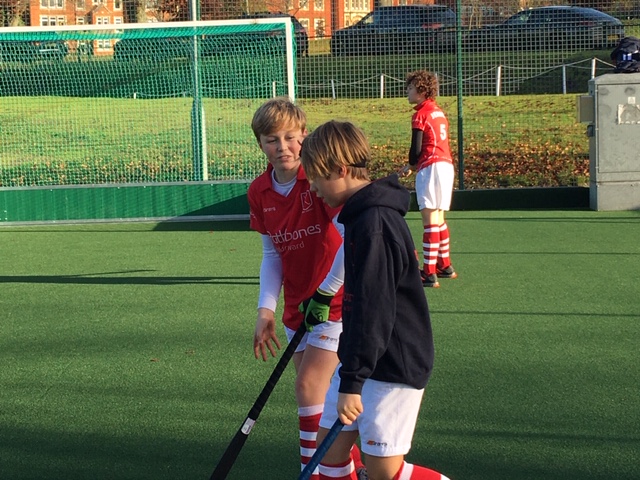 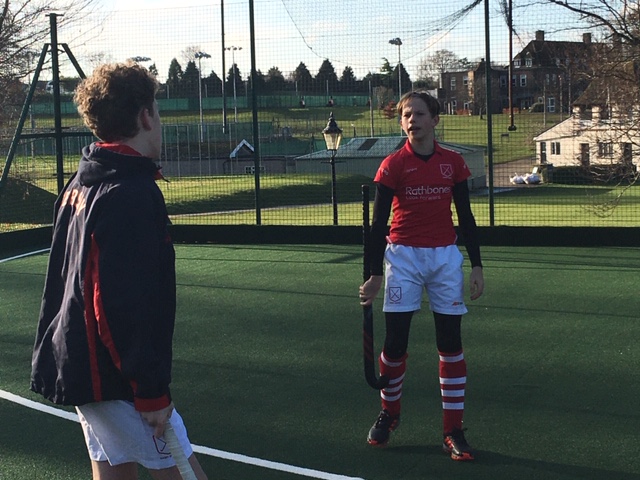 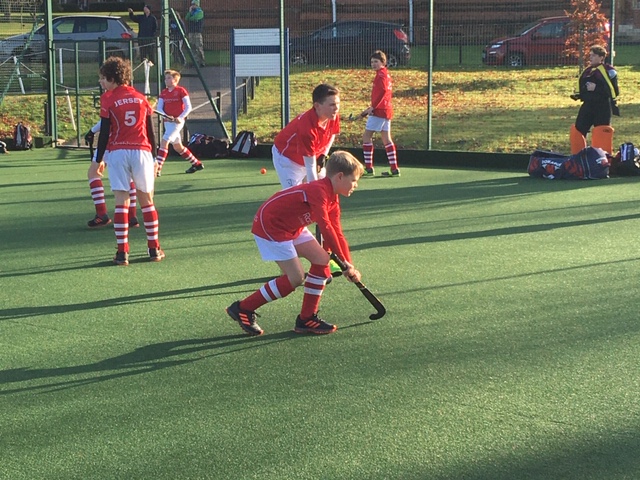 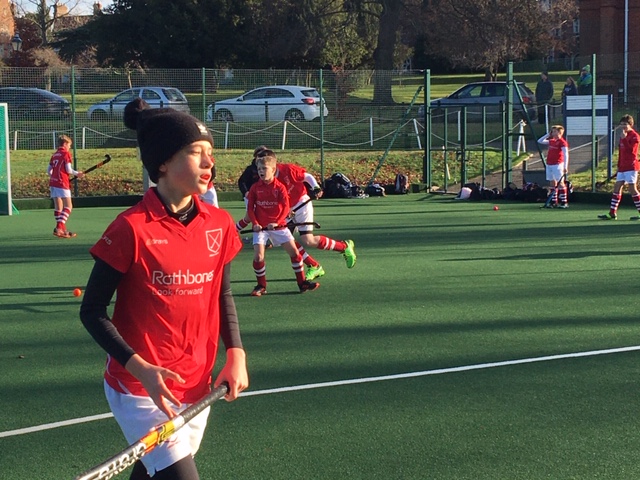 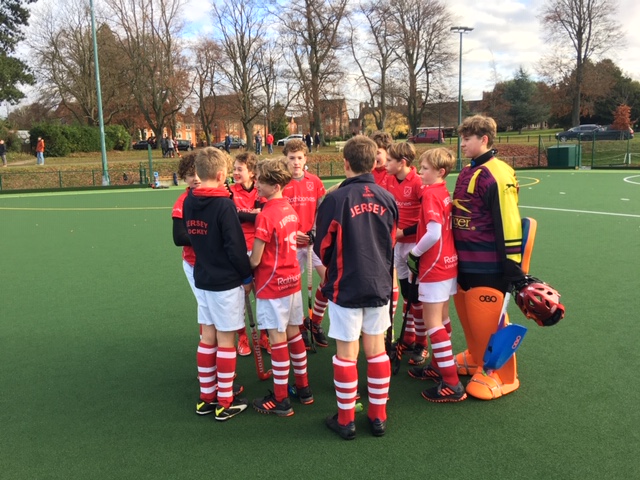