Following their successful Regional League performances last month, which saw the boys qualify for the next round, the squad sets off to the UK for Sunday’s Tier 2 Regionals. This stage is just one step away from taking part in the National Hockey Finals at Lee Valley in the Olympic Park over a weekend in April.

The team has been working hard since qualifying and whilst Sunday will offer some tough challenges, the boys and coaches are looking forward to testing themselves against the best young players from the West of England region.

The format for Sunday is round-robin in a group of four teams, with everyone playing each other over one day at the same venue, with the winners going to Lee Valley.

Jersey will be playing their three matches at Marlow in Bucks and are up against the hosts Marlow, Plymouth and Cheltenham. Under England Hockey rules for Juniors, these matches are shorter than a usual game of hockey.

“We learned lots from last year’s qualification to these Tier 2 Regionals – the day is full-on and will be frenetic but the boys learn loads and it will be a great experience. This year’s squad is quite young but Sunday will be a good test of their ability, team spirit, fitness and competitiveness.”

“Entering an age-group tournament like this allows our young Jersey hockey players to play competitive matches against teams of their own age, which is not usually available in Jersey. This squad has matured over the season whilst we have been working with them and their performance in qualifying under very difficult circumstances was a joy to watch. Their hockey has developed well and the future looks good for Jersey hockey if the boys continue maturing and forcing their way into Men’s senior hockey sides. Sunday will a very intense day and the squad is looking forward to the challenges ahead.” 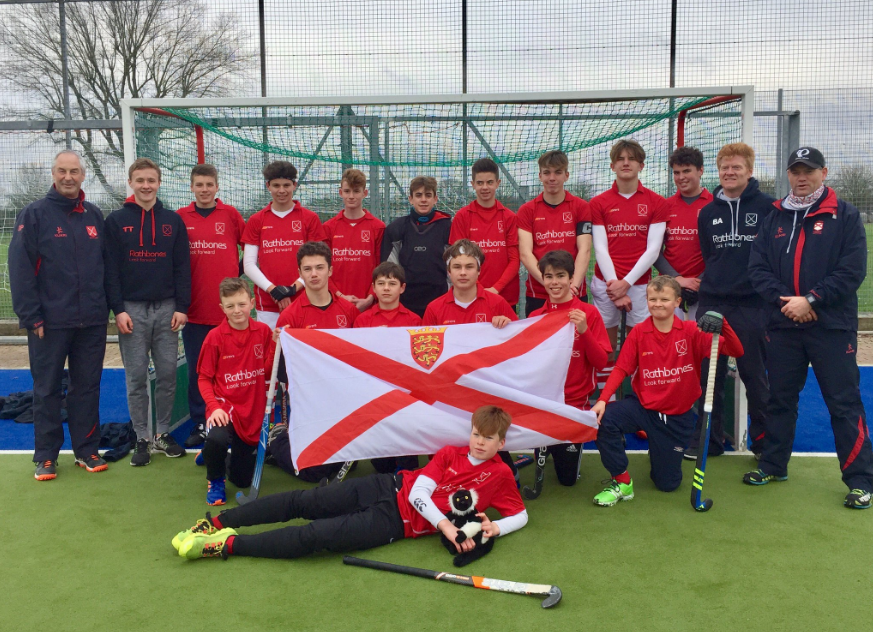